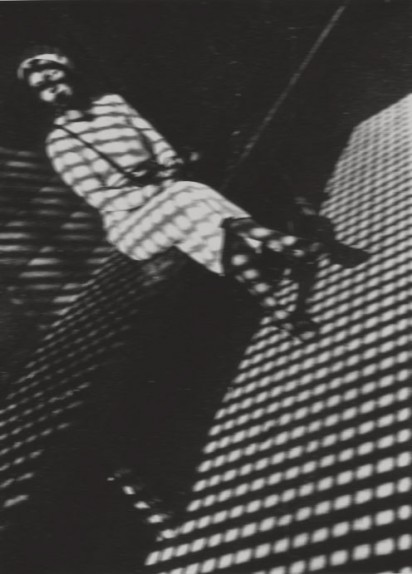 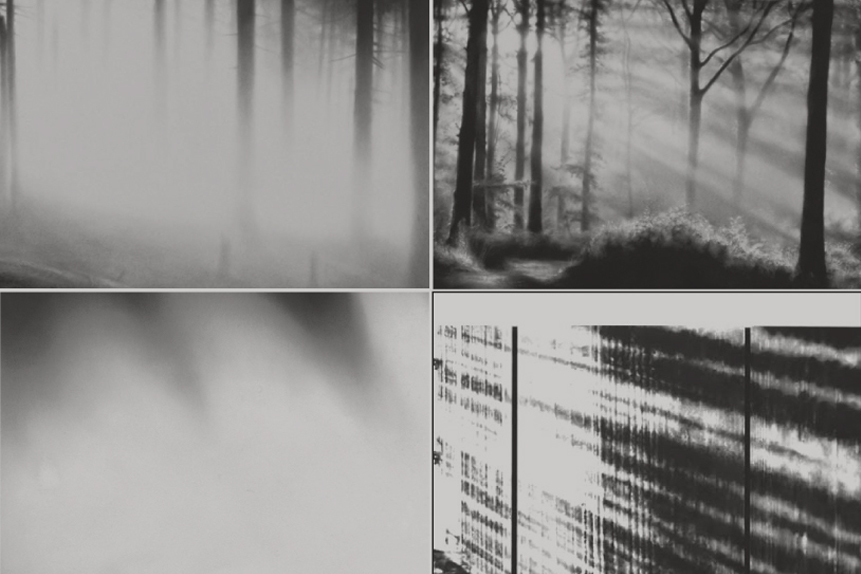 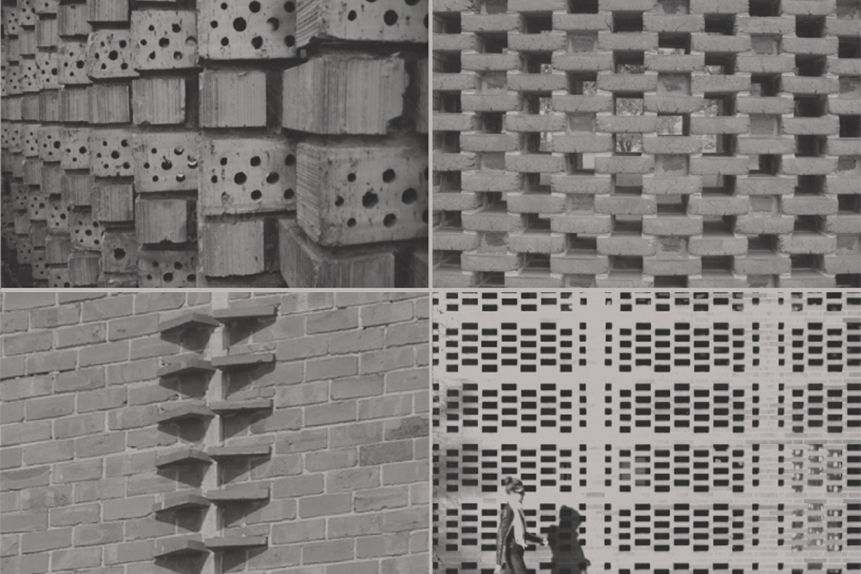 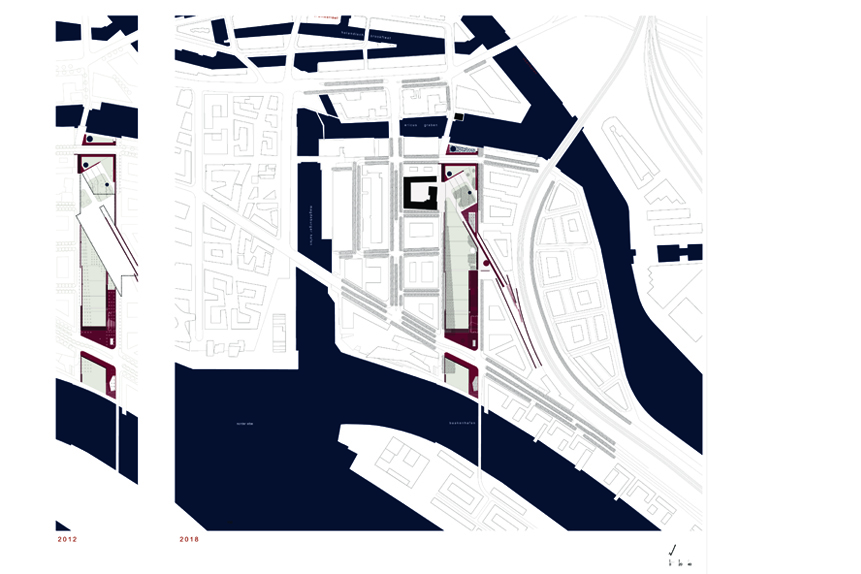 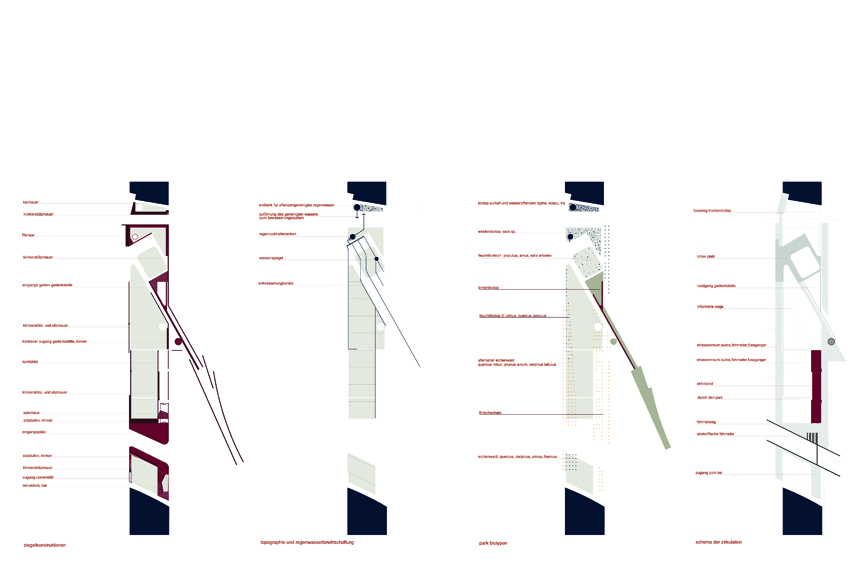 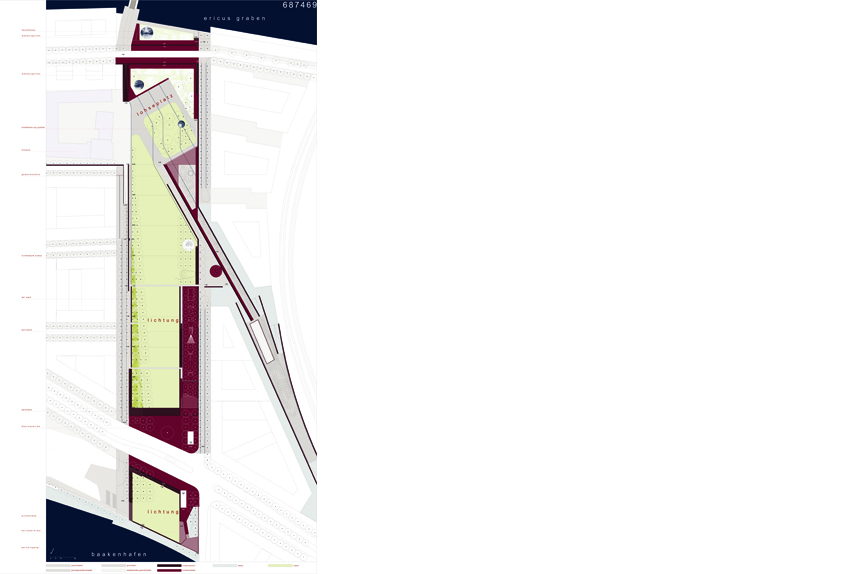 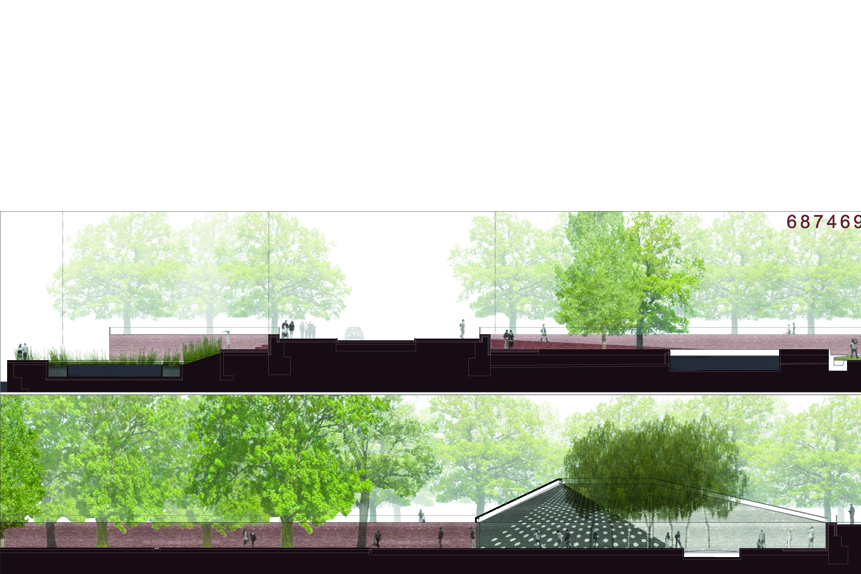 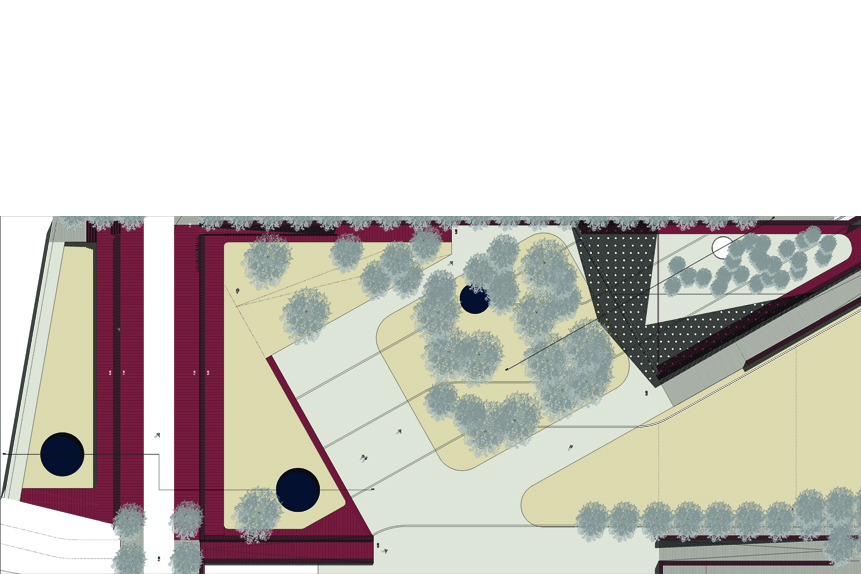 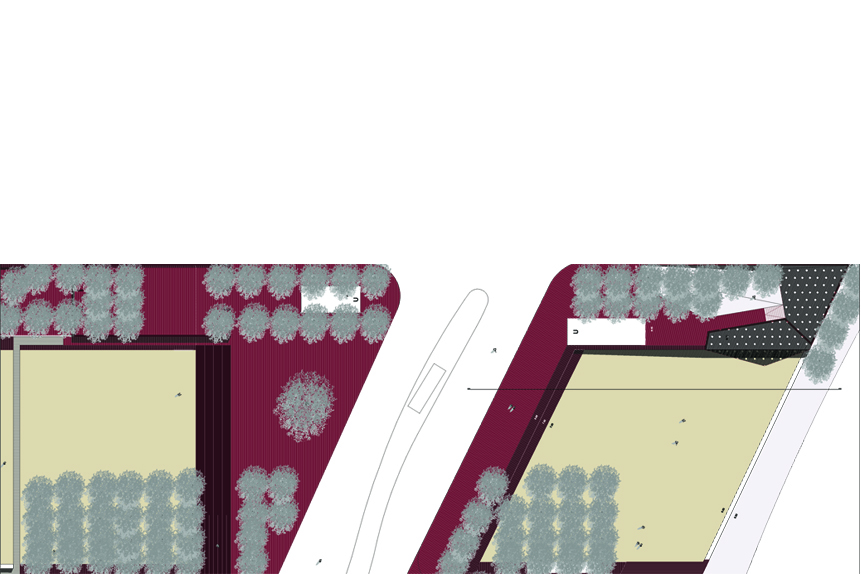 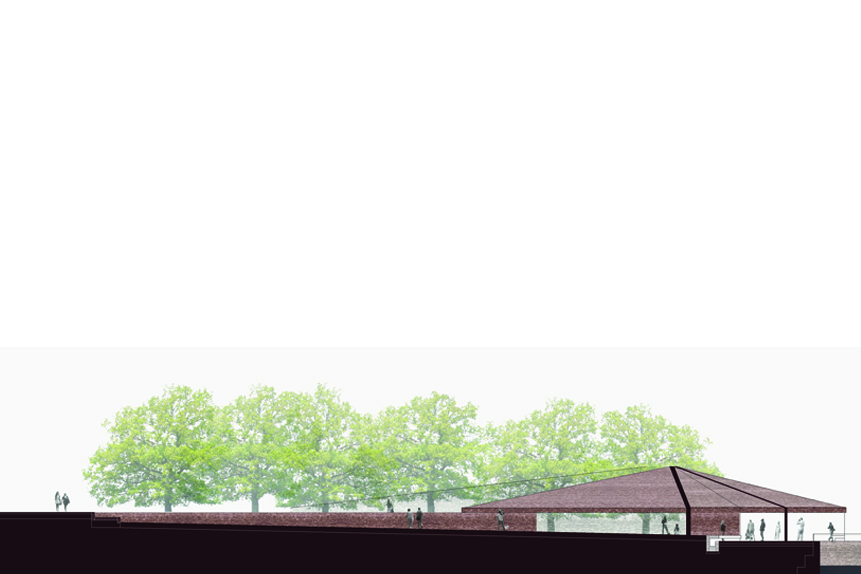 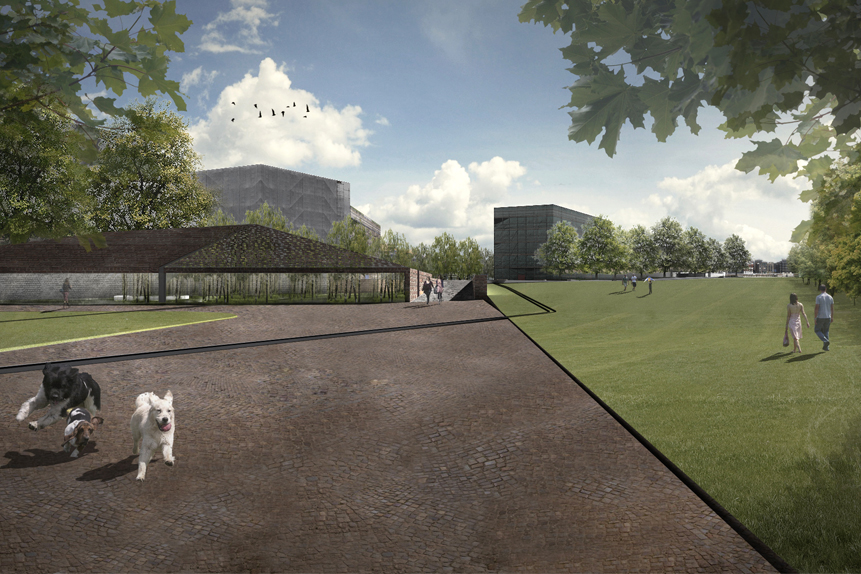 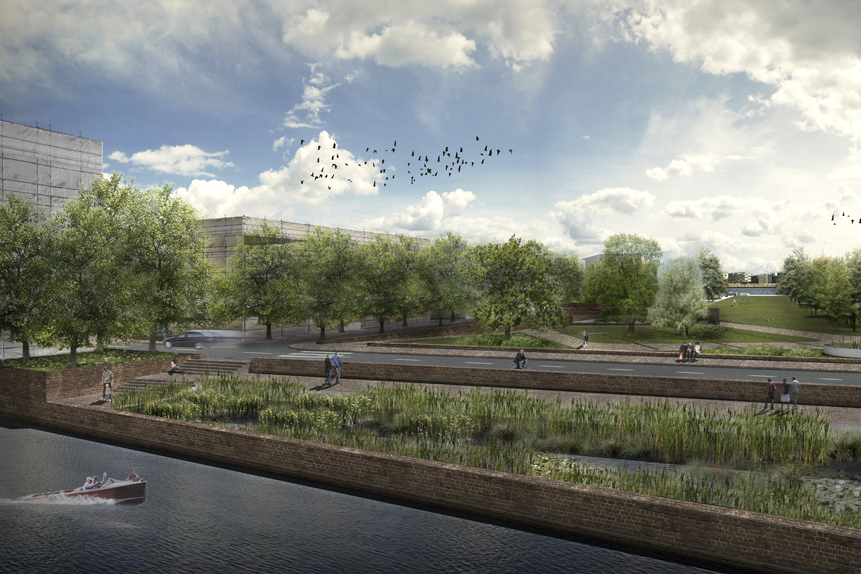 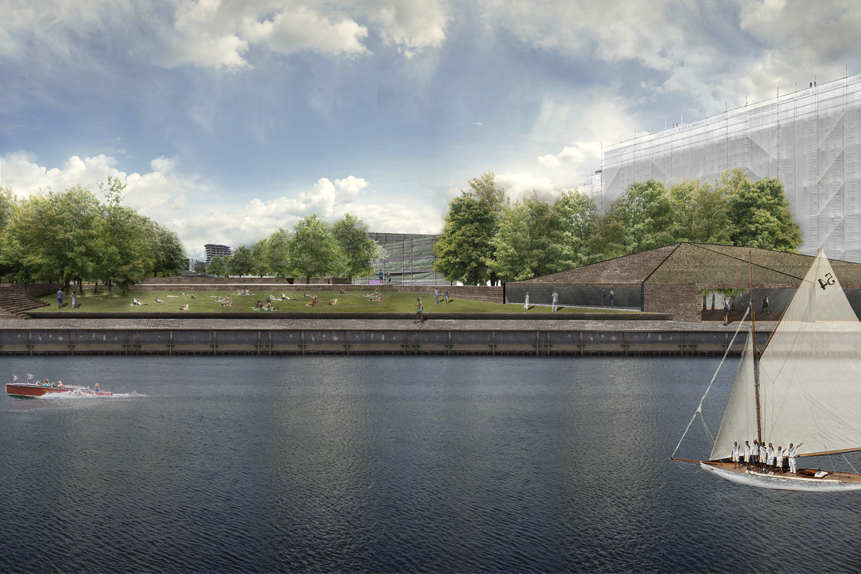 Lohsepark: between memory and contemporary life

The competition for the new park on Lohse platz situated on Hamburg Hafen, is a part of the process of urban regeneration, and an instrument of reinvention of a new Urban Landscape, promoted by HafenCity. As a part of the new urban fabric the new Lohsepark plays a role of recreation space, as well as environmental and cultural places. As a landscape space, it works as a social and cultural place, related not only with collective memory, but also and mainly as a social condenser, able of act as a generator of social, collective and public interaction.

In an environmental point of view, the park will increase ecological value on new quarter by adding new vegetation areas with a natural quality in its material condition. The use of native species will increase the character and complexity of the biotope, as well as the use of topography as differentiation on ecological condition to the placement of different kinds of biotopes will help to create complexity on environmental issue.

As a Site, Lohseplatz has in itself the density of time, trough which a natural plane landscape formed by a silt sedimentary process has been transformed along centuries on a canal landscape, and a port city landscape. As a Place, Lohseplatz has also the weight and density of facts related with intense labour and trade, wealth generation, war and human destruction. Lohse platz as a place formed by ex-industrial buildings, and the footprint of the former train station establishes a gravity center on space and a connection between Time and Space. The ability and capacity of transforming again this landscape on a true contemporary social space, without deleting the collective and individual past experience became our obsession and the fundamental sense of our work.